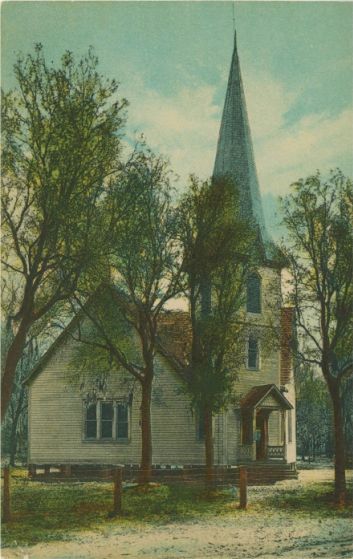 It has been 131 years since a small group of believers living in Palmetto, dreamed of having a Baptist Church in their community. To worship, they traveled to the Benevolence Baptist Church, (now known as First Baptist Church of Gillette) north of Ellenton. Their dreams became a reality when, on January 5, 1892, Palmetto Baptist Church was organized with 22 charter members. Six months after its organization, the first meeting house was completed. This small wooden church building was located a few hundred feet south of the present church.

A "Sabbath School" was started and contributions were made to missions, but it was 1912 before the congregation was financially able to call a full-time pastor.

From the firm foundation laid by its forebearers, the church grew. By 1921, the wood frame church was in need of repair, many viewed this as a gentle nudge from the Lord to get on with the planning of a new house of worship. The church leaders envisioned a worship center large enough to hold the growing church for many years.

A building committee was appointed, pledges were secured and construction began in 1922. The sanctuary was ready for worship in August 1926

Funds were raised early in the 1940's to retire the debt on the church. The mortgage was burned during dedication services in January, 1946. 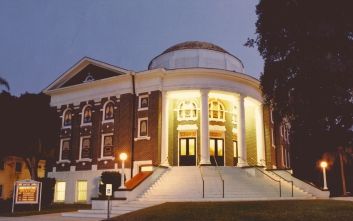 A new pastorium was purchased in 1952, releasing the old one located east of the church for much needed education space. But, the growing congregation soon needed more facilities for Christian education. In 1959, the Education Building, housing Sunday School classes, kitchen and Fellowship Hall was completed.

In 1978, again to provide more space for the large membership, the sanctuary's choir loft was remodeled. Additional lots to the north, south and east of the church buildings were donated or purchased to provide needed parking space.

The church membership had far outgrown the Education Building by 1979, and the "Together We Build" program was initiated. The Youth Department had doubled within four years and Sunday School was so overcrowded, that classes were not able to be added that were desperately needed. The church members committed themselves to the "Not Equal Gifts, but Equal Sacrifice" theme, and in 1980, the Christian Life Center became a reality. Housing the gymnasium, expanded kitchen, conference rooms and additional educational space, the CLC has become a gathering place for the entire community. 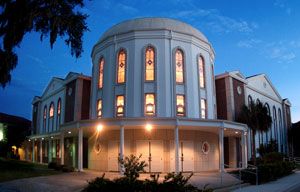 The church membership continued to grow. By 1981, double services were necessary on Sunday mornings to hold all those who came to worship. The sanctuary was modified to add more seating, and by 1986, the choir loft was again expanded. A Committee of Twelve was formed, and as the men did over six decades earlier, began to pray. The committee researched how to best meet the future needs of the church. When brought before the church membership, over 94% voted to proceed with an expansion, and the "Walk in Love, Build in Faith" program was born. 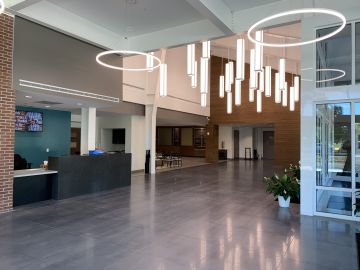 In 2019, the addition of a two-story Welcome Center at the corner of 5th Street & 11th Avenue provided a much needed "front door" for the campus with an inviting glass exterior, modern interior lighting, reception area, information desk, elevator, children's worship space and a secure entrance for our schools.