What is justice? In our minds, it's an episode of Law & Order where the bad guy is finally convicted, but justice in the context of this week's passage is a bit different. This justice...

“People will be… lovers of pleasure rather than lovers of God.” 2 Timothy 3:2,4

On an excursion in Nassau during a Caribbean cruise, my family and I stopped at the local straw market to look for souvenirs. The original market had been destroyed in a fire on September...

How Can I Be a Christian in an anti-Christian World?

“Blessed are you when others revile you and persecute you…” Matthew 5:11

Our nation began as small settlements. Small towns popped up along the coast, and the growth slowly moved inland. Though they stretched from New England to the Deep South, most of them had...

How Can I Love People When They Are Unlovable?

You know you're supposed to "love your neighbor," but if your neighbor yells at your kids one more time, love will not be the reaction he gets.     All children are a gift from God, but...

“Go therefore and make disciples of all nations, baptizing them in the name of the Father and of the Son and of the Holy Spirit.” Matthew 28:19

As we launch our You Asked for It series, we begin with a very important question: Why should I be baptized? This question is not just one of your submissions; it is also one we hear... 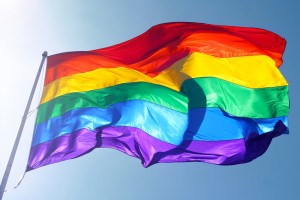 For evangelicals who lament last Friday’s Supreme Court decision, it’s been a hard few days. We aren’t asking for emotional pity, nor do I suspect many people are eager to give us any....

On the heels of the celebration of our nation's independence, let us turn our attention to the way we have used and abused our freedom. Consider the following signs of our nation's moral... 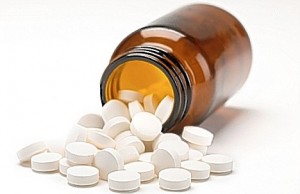 “Therefore I am full of the wrath of the Lord; I am weary of holding it in.” Jeremiah 6:11

Have you ever had one of those moments when a Bible verse just made your day? Whether a friend shared it, or you found in your own reading, its beautiful words spoke joy and hope into your life.... 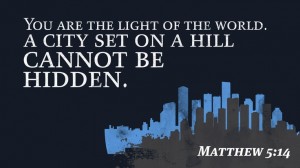 “Be warned, O Jerusalem, lest I turn from you in disgust, lest I make you a desolation, an uninhabited land.” Jeremiah 6:8

In 1630, eleven ships set sail from England for the New World. Led by their future governor John Winthrop, who carried the charter that would establish the Commonwealth of Massachusetts, the...

Antique Roadshow was developed for American television in 1997. It was an instant hit with anyone who wanted confirmation that their junk was valuable. Thousands of people have gone on the...

Trusting Where He Leads

“I have told you these things, so that in me you may have peace. In this World you will have trouble. But take heart! I have overcome the world.” John 16:33

The United States of America was a nation founded upon Christian principles. However, in today’s day and age it’s very clear that the majority would rather run things without the guidance...

“The wicked, through the pride of his countenance, will not seek after God: God is not in all his thoughts.” Psalm 10:4

Guest Writer: Keith Thomas     “Hey, STOP!  That’s MY stuff!”  The voice was determined to get someone’s attention, but whose?  “Sir, those items are personal!”  With my senses...

“My grace is sufficient for you, for my power is made perfect in weakness.” 2 Corinthians 12:9

Guest Writer: Amy Pilson    In our daily lives we see people trying to get ahead. For them it is about obtaining more. More power.  More money.  More fame. More toys. More awards. Very often...

Guest Writer: Nick Molick     In King Uzziah’s story we see the rise of a good and God-seeking ruler who was looking to Him first in all that he did. His God-centered heart resulted in...

“For I know the plans I have for you,” declares the Lord, “plans to prosper you and not to harm you, plans to give you hope and a future.”

Guest Writer: Cathy Slusser     When Glen and I were looking for a new church over twenty years ago, we visited First Baptist Church of Palmetto and immediately felt at home.  We were greeted...