The Trap of Tradition

Hope During the Storm

by Nick Molick This week’s sermon looked at Jesus calming the storm while He and the disciples were on a boat in the middle of the Sea of Galilee. This may be a very familiar story to you,...

But immediately Jesus spoke to them, saying, “Take heart; it is I. Do not be afraid.” Matthew 14:27

by Cathy Slusser In her book, The Miracle in the Middle, Charlotte Gambill applies a Bible story similar to the one told in this week’s sermon.  In Matthew 14, after the miracle of the...

We Shall Behold Him

“He covers himself with light as with a garment. He stretches out the heavens like a curtain.” Psalm 104:2

By George Volpe Why is there a danger of looking at an eclipse with the naked eye? Even though most of the sun’s rays are blocked, it is possible to stare at the sun longer, allowing the...

Always Picking on Me

By Kel Cunard     There were three men who played vital roles in my life: my father, my youth pastor, and my soccer coach and principal, David Sanford. As I look back on my teenage...

“He has made everything beautiful in its time. Also, he has put eternity into man's heart, yet so that he cannot find out what God has done from the beginning to the end.” Ecclesiastes 3:11

By Mackenzie Hoopingarner     Over the course of this series, we have been on the hunt to discover the purpose of our lives. The writer of Ecclesiastes, known to have been the wisest and...

Home Is Where the Heart Is

“And now, Father, glorify me in your own presence with the glory that I had with you before the world existed.” John 17:55

By Nick Mollick     The incredible Word of God is filled with accounts of how God came to His people and ministered to them, dwelt among them, led them, guided them, rebuked them and...

“O Lord, I love the habitation of your house and the place where your glory dwells.” Psalm 26:8

By Keith Thomas     A soldier returned home recently from a tour in Afghanistan and received the shock of his life. The key to his house didn’t work. Someone had changed the locks...

Rearranging the Furniture in God’s House

“Or do you not know that your body is a temple of the Holy Spirit within you, whom you have from God?” 1 Corinthians 6:19

By Amy Pilson      This morning I ended up in 2 Kings 16 – to me, an obscure passage. In the story, Ahaz was king and got into some trouble with surrounding kingdoms. They...

By Cathy Slusser     Until my diagnosis with M.S., I didn’t fully realize what it meant to “be still and know that I am God.” I was always a “doer.” My... 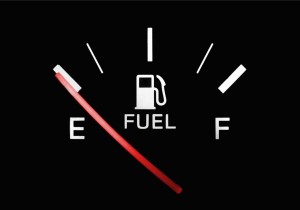 By Kel Cunard     Take three friends, mix in a few firearms, and you’ve got yourself a hunting trip. When Wisconsin native Frank Allegretti invited Thomas Boos and Malcolm McMillan...

Millions of Americans don’t get enough sleep. We not only fall short individually, we celebrate our exhaustion corporately. We promote the ones who arrive the earliest, stay the latest and...

7 Things to Expect When Revival Comes

1. God’s Word will be exalted and authoritative over human experience. To elevate (or even equate) personal experiences with the authority of God’s Word is to become vulnerable to...

In the spring of 1945, Allied forces moved across Europe destroying German strongholds and liberating prisoners from the Nazi work and death camps. Inside the barbed wire of each prison,...

The Most Difficult Person to Forgive

On a quiet Monday morning in Nickels Mines, Pennsylvania, Charles Roberts entered a one-room Amish schoolhouse brandished an automatic rifle and ordered all the boys and the teacher to...